Gwinear Road became a station in 1843, when the Hayle Railway introduced its passenger service, passing to the West Cornwall Railway in 1846 and the GWR in 1878. At this stage it was just a small station with a passing loop on the single track mainline. It was chosen as the junction station on the mainline by the Helston Railway and the new buildings were required to cater for the junction passengers. [2] 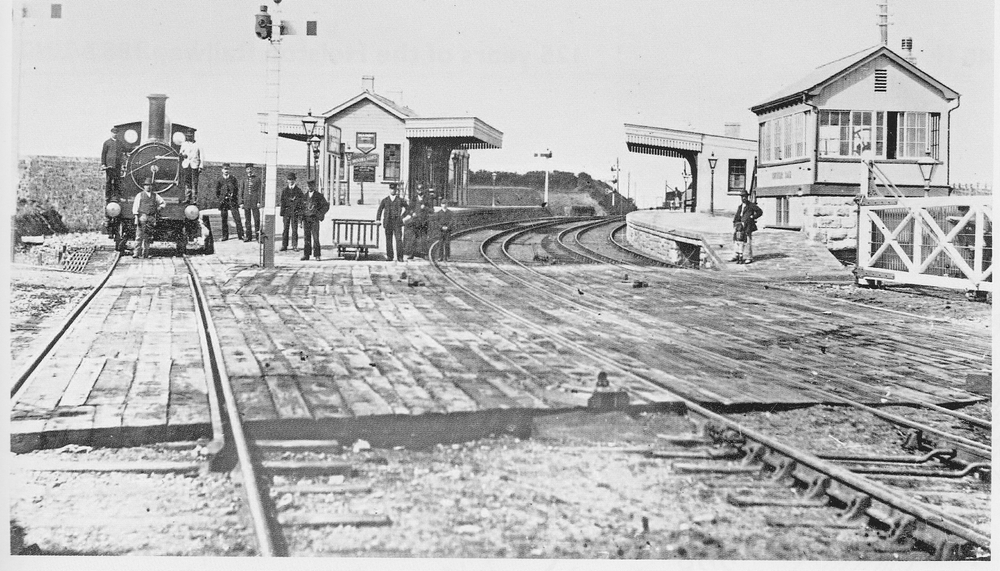 Gwinear Road soon after opening of Helston Branch, 1887. Note the mixed gauge main line but the standard gauge branch line. This pre-dates the footbridge, which was added when the signal box was moved to the Down platform in about 1915. Lens of Sutton Collection. [2,6] 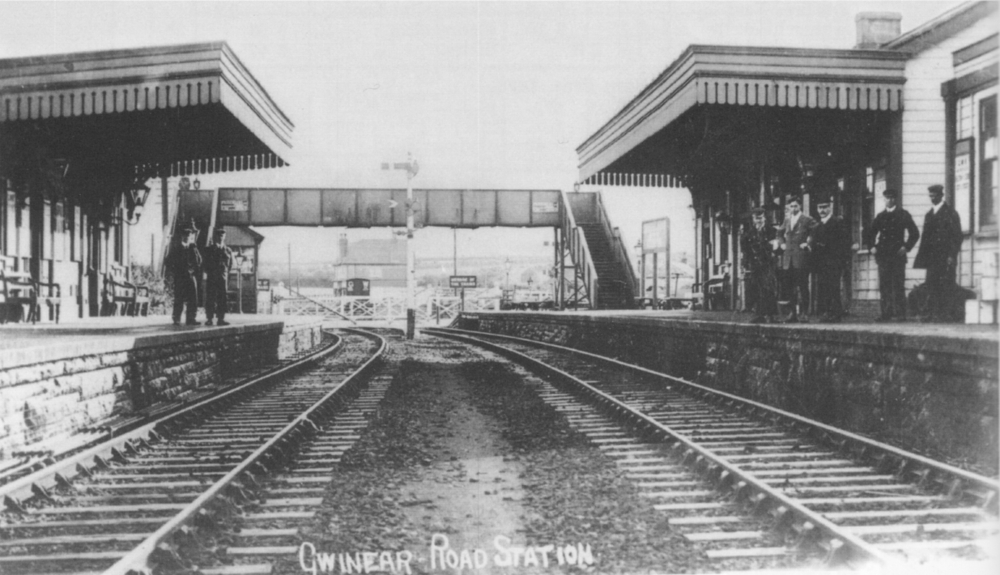 Gwinear Road around 1910. Footbridge built between two platforms but not to the path beyond the branch line platform. This is prior to moving the signal box (1915) and widening the Down platform but after the conversion to just standard gauge on the main line. Lens of Sutton Collection. [2] 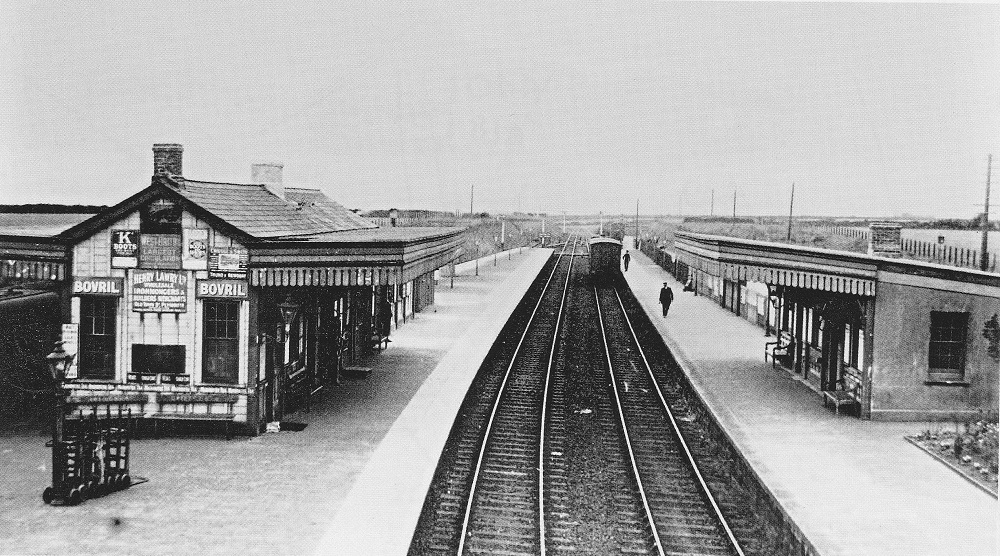 Gwinear Road in the1920s [6] or, more specifically, June 1920 [7]. This view shows the widened Down platform, compared with the above (earlier) photograph, which was possible after the gauge standardisation. Note the original Up platform canopy in comparison with later photographs (below) showing the extended canopy. The end wall of the Up platform station building appears to be masonry rendered, rather than wooden. Lens of Sutton Collection. [6,7] 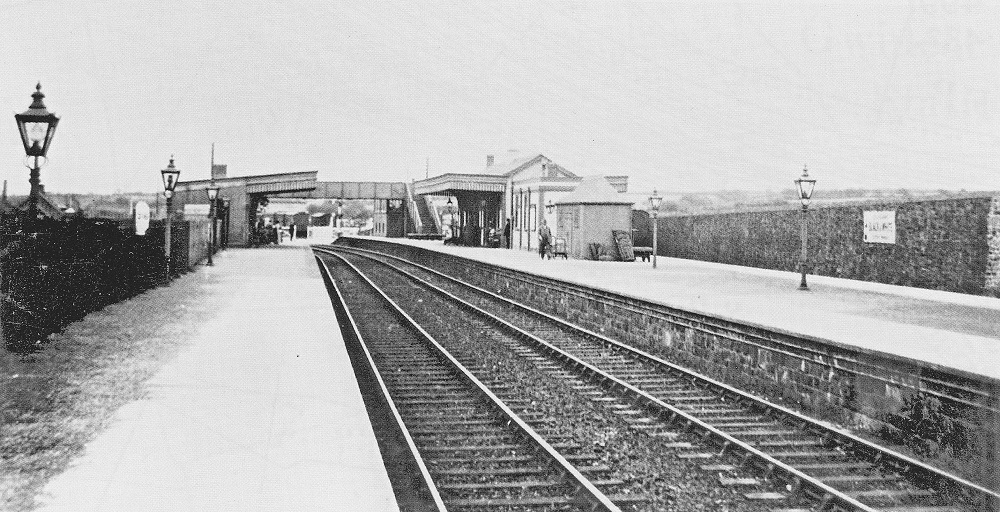 Gwinear Road in the 1920s. Again, the end of the Up platform building appears to be rendered. [6] 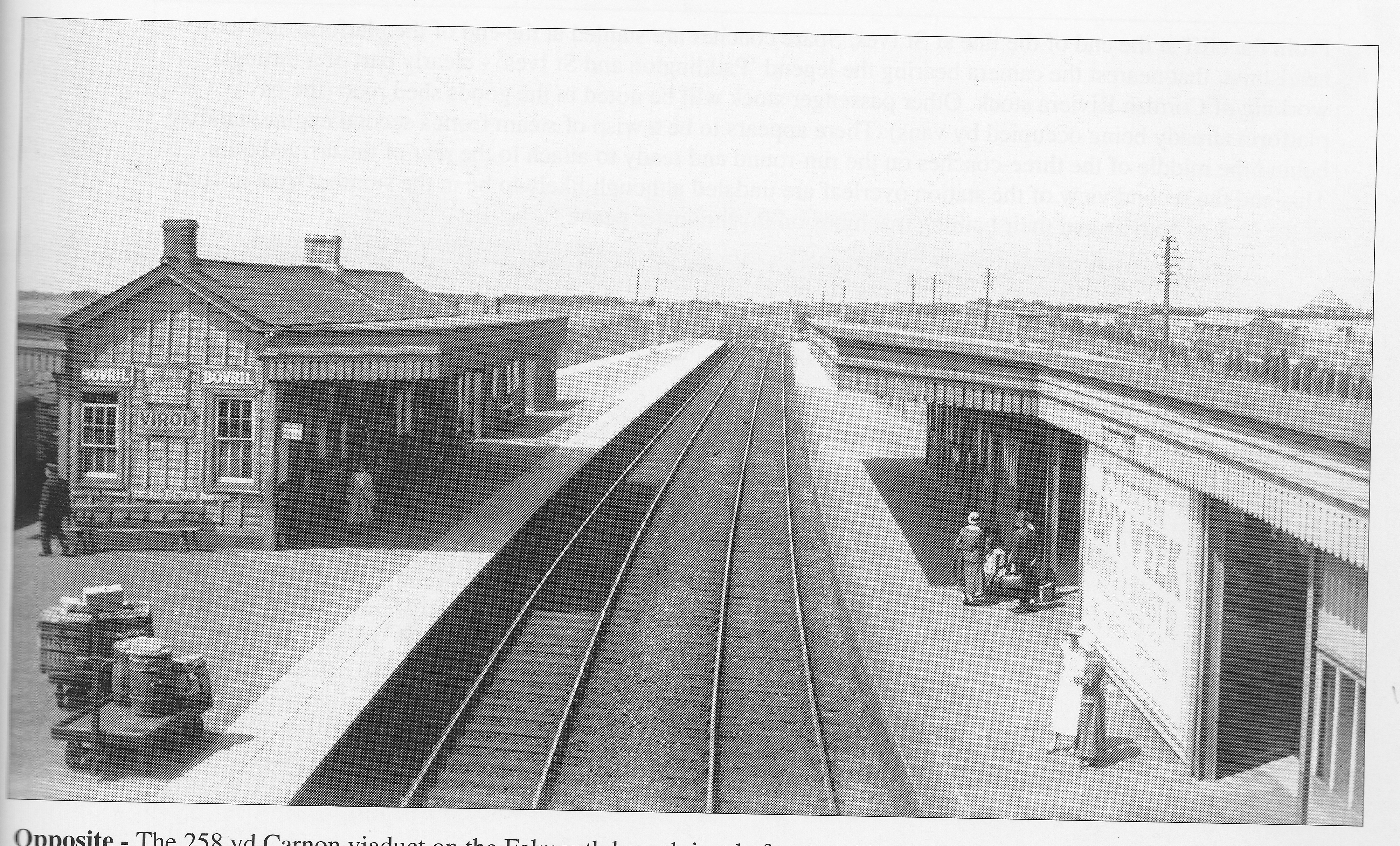 Gwinear Road station, Plymouth Navy Week,1933, as identified by the Up platform poster (Navy Week only occurred on these dates in August in one year – 1933). This is the period and condition of the station that is being modelled for the Rosewarne Junction model railway. Note the additional shelter provided on the Up platform between the station building and the footbridge, from where this photograph was taken. Copyright: David Wallis & Noodle Books, E. Wallis collection. [4] 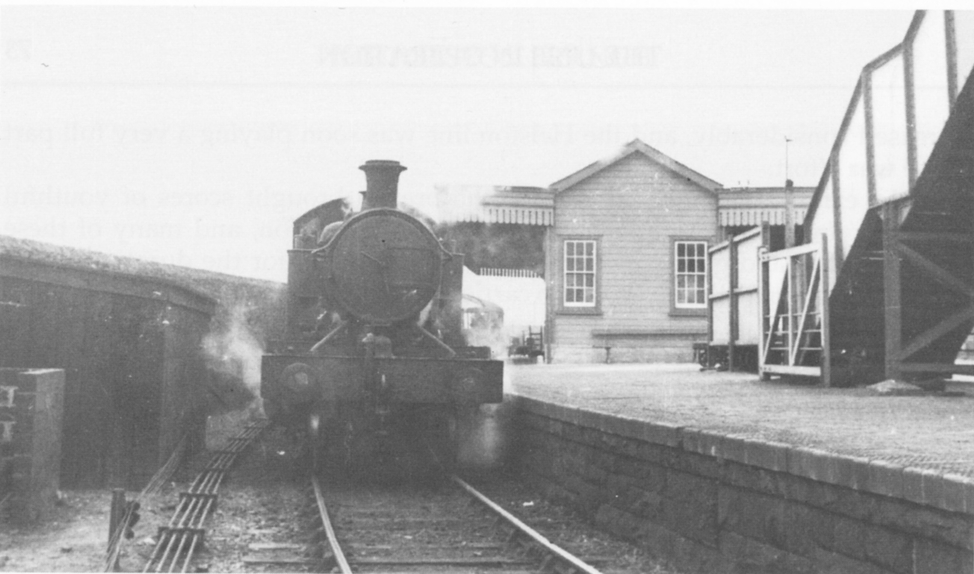 Gwinear Road branch platform, 1936 [2], showing a platelayers’ hut that does not appear in later photographs.  [2] However, the East end of the Down platform station building shows no sign of the battens for advertising signs that existed in 1933 in the above photograph. It could be that they were removed between 1933 and 1936, but it is more likely that this photograph was from a later period but before 1948, from when the locomotive would have had its number on the smokebox door. Lens of Sutton Collection.

Gwinear Road 1958. Note that, compared with the above 1933 photograph, the new canopy has been extended to the platform edge all the way to the footbridge. This view clears up a mystery about whether the Up platform station building was of wood or brick construction. It would appear that the original structure was wooden but a small brick extension was added, probably at the same time as the canopy was extended to the platform edge but after 1933 as this brick extension does not seem to be present in the above photograph. Copyright: R. S. Carpenter Photos. 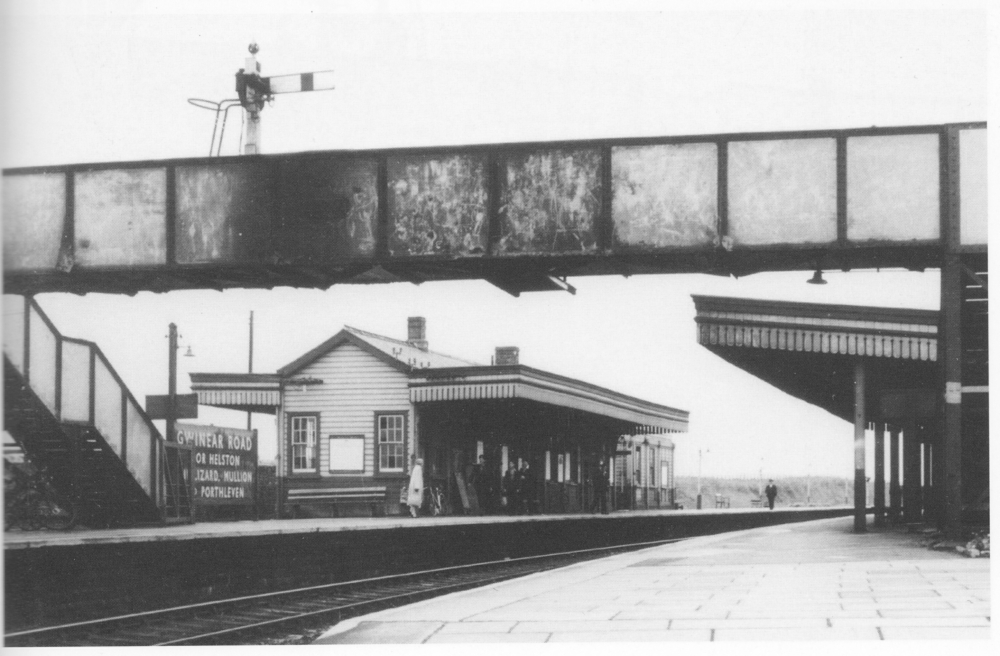 A view from the 1950s or early 1960s showing the full-length and width of the extended canopy on the Up platform. Lens of Sutton Collection. [2] 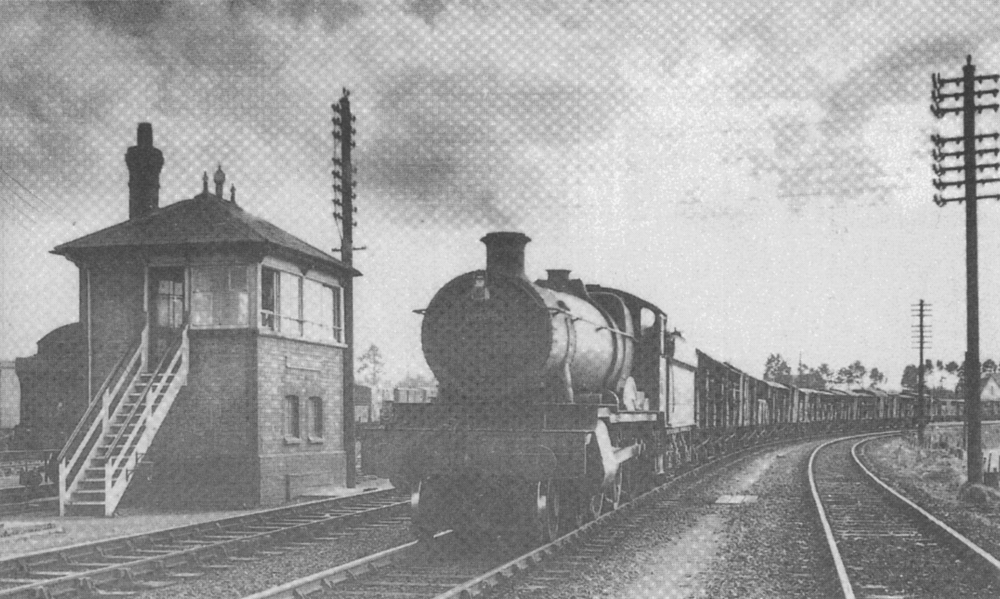 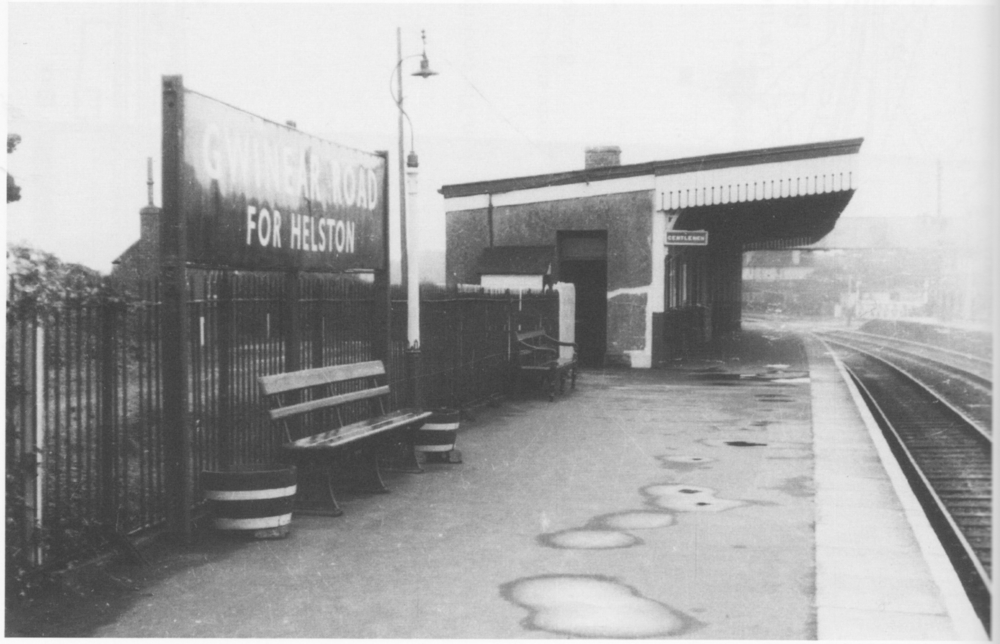 Gwinear Road Up Platform, c. 1960. Confirmation of the rendered end wall of the station building ‘gents’. 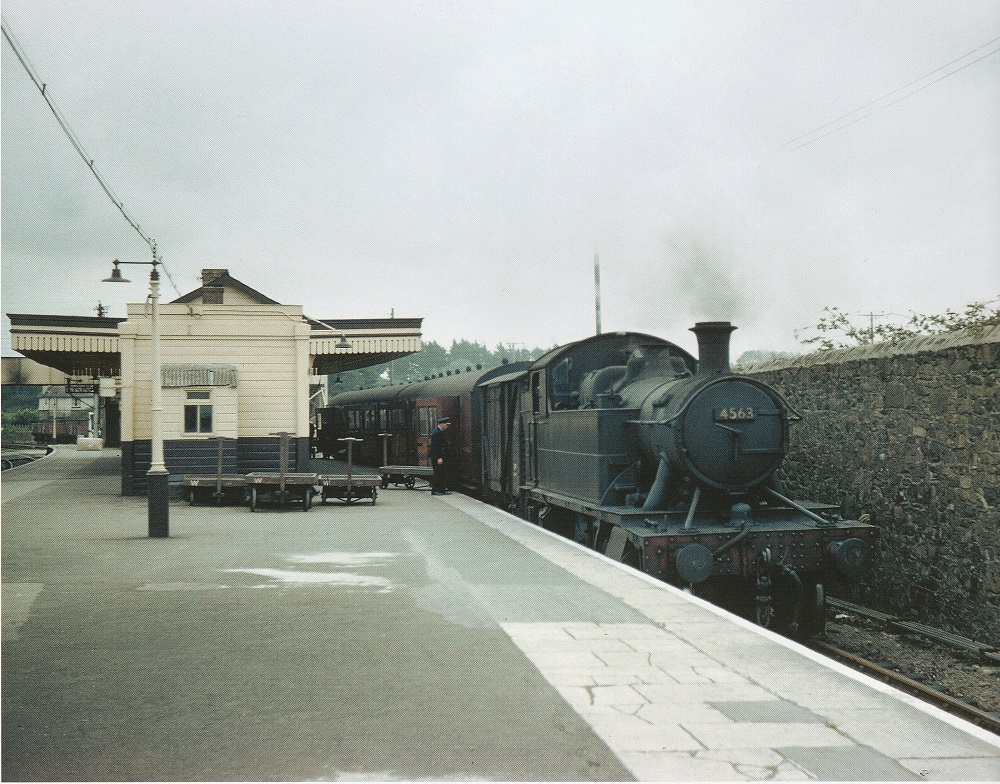 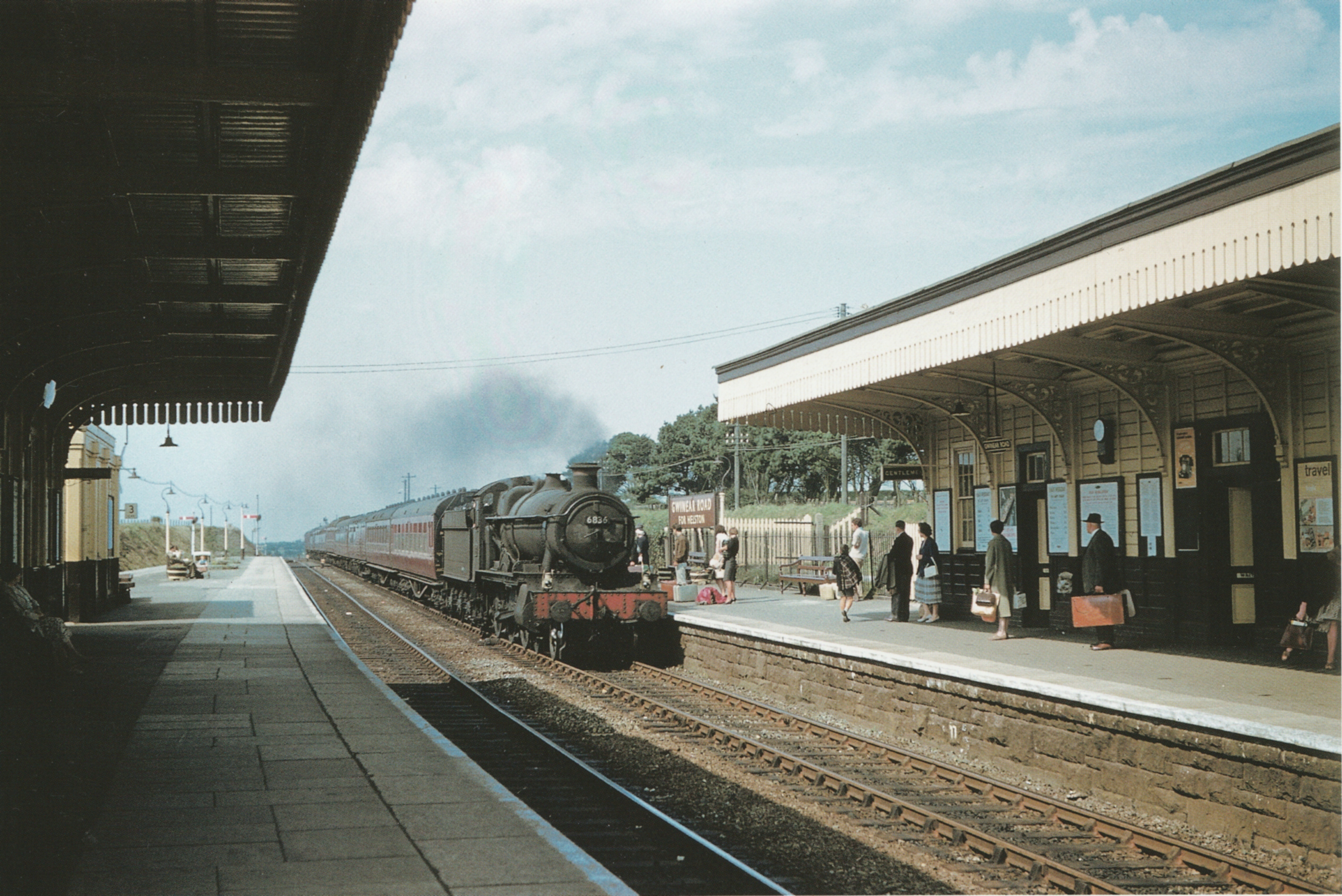 Gwinear Road 1961. Copyright Graham Hoare. Note that this is the best photograph of the Up platform station building, confirming that it was also of wooden construction. [5] 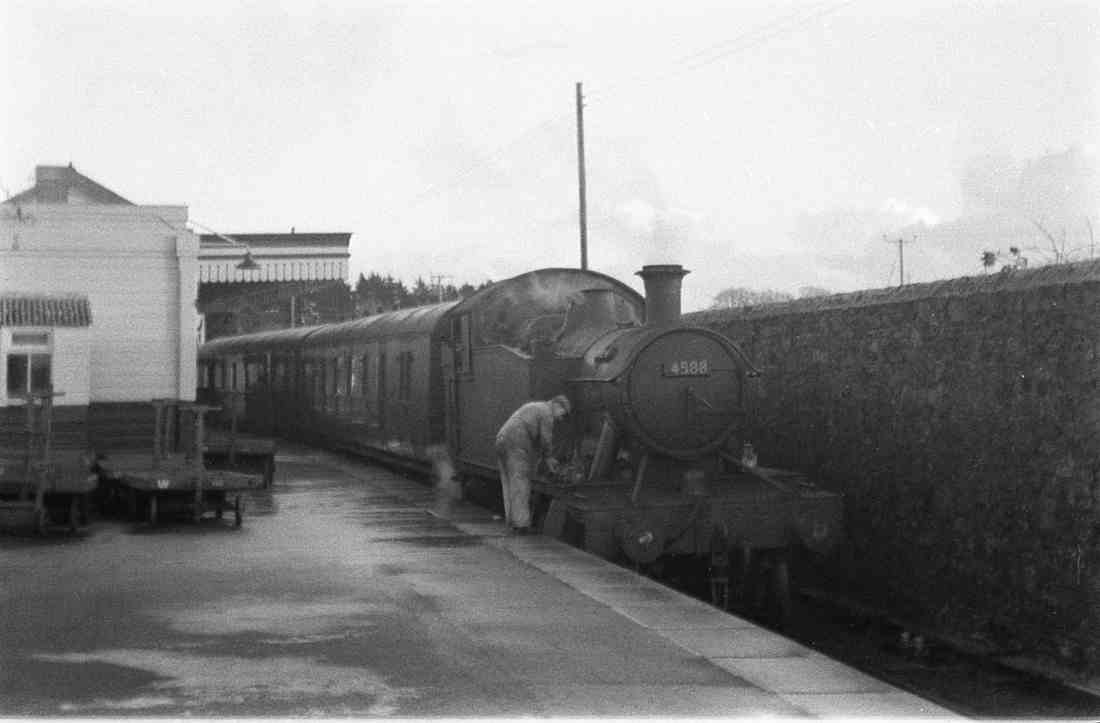 Gwinear Road branch platform. A train has just arrived from Helston behind 4564 and station staff are busy unloading, or is it loading, goods? March 1962. Copyright: Sid Sponheimer. 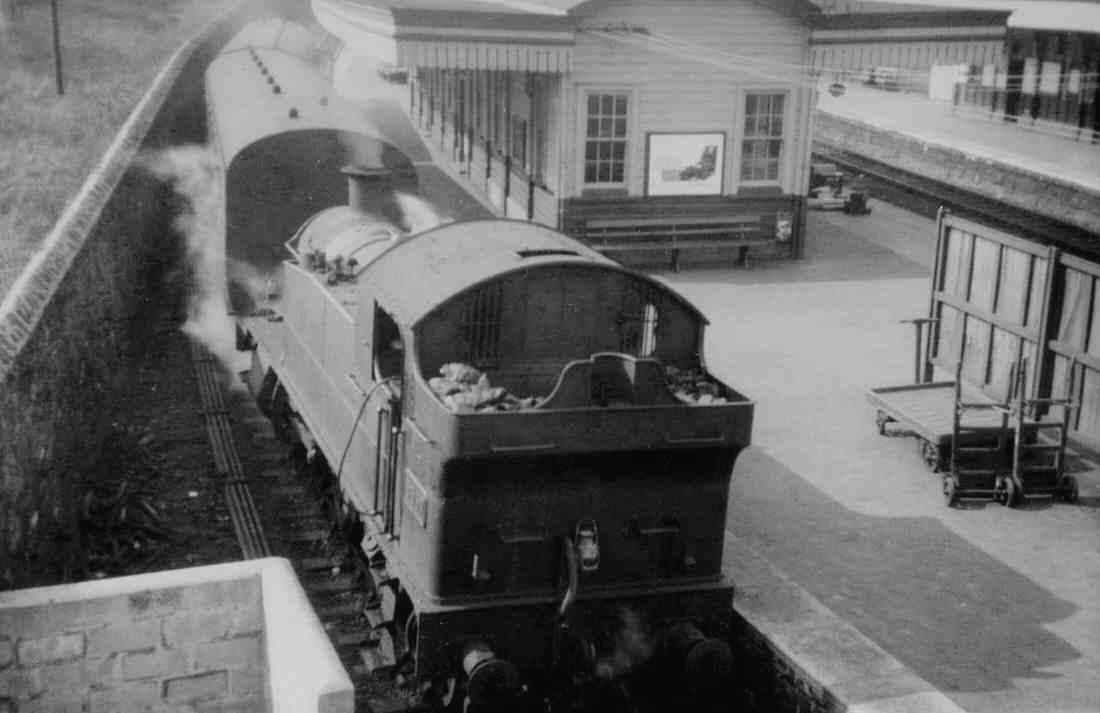 Gwinear Road branch platform from the footbridge. 5537 ready to take the next service to Helston. March 1962. Copyright: Sid Sponheimer 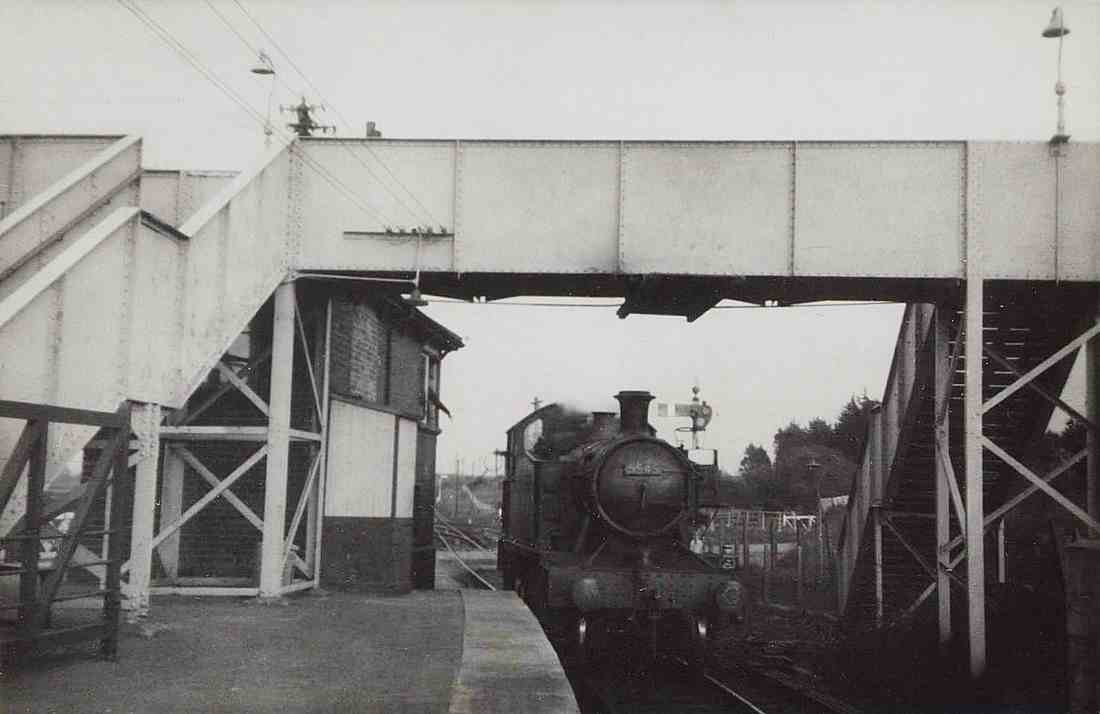 Gwinear Road signal box and footbridge over the branch platform. 5545 passes under the footbridge whilst the signalman exchanges the staff for the branch. March 1962. Copyright Sid Sponheimer 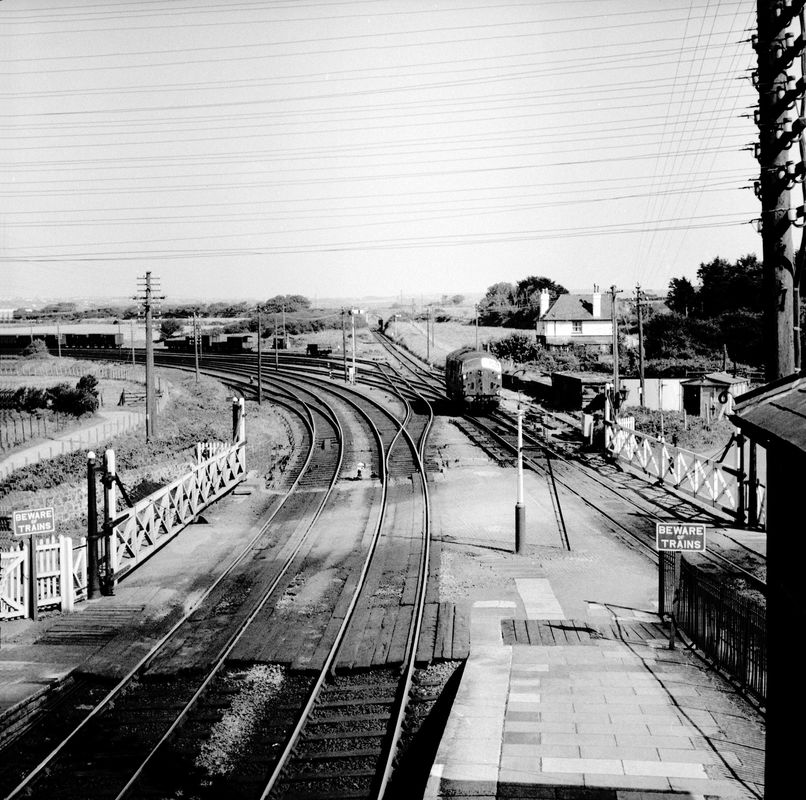 D6320 returns from parking the brake van. A chance to observe the dead straight run of the Helston branch, the sharp curve of the main line, and the multitude of telphone and telegraph cables crossing the top of the picture. September 1964. Copyright Laurence Hansford